A Potted History of Chai Tea 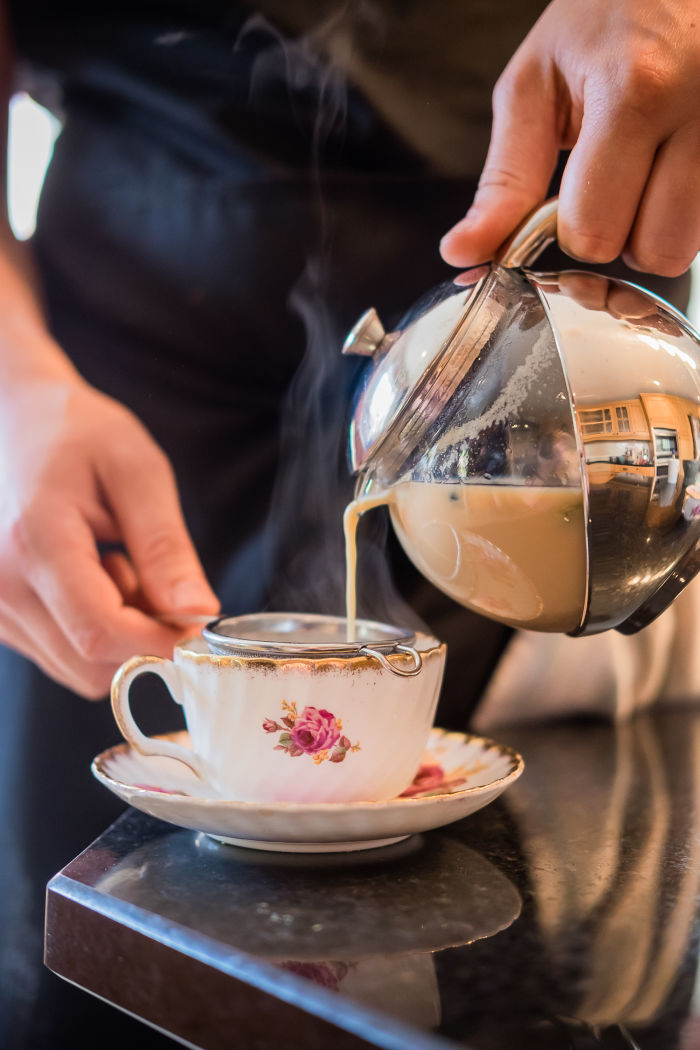 For the British, Black Tea is so ubiquitous that we don’t even qualify it. If I ask you if you “fancy a cuppa?” then chances are you will expect an infusion of classic builders! The actual history of tea is far more complex, filled with war, espionage, smuggling and opium. Our word “tea” comes from the tê of southern Fujian province. It is thought that the Dutch may have taken this pronunciation either directly from trading in Fuji or via Malay traders in Bantam, Java, and is the most common form worldwide.

Of course, you can also have a pot of “cha”, from the Cantonese chàh of Guangzhou (Canton) and the ports of Hong Kong and Macau, also major points of contact, especially with the Portuguese, who spread it to India in the 16th century. The Korean and Japanese pronunciations of cha, however, came not from Cantonese, rather they were borrowed into Korean and Japanese during earlier periods of Chinese history.

A third form, chai, is likely to have come from Persian chay. Both the châ and chây forms are found in Persian dictionaries. They are thought to have been derived from Northern Chinese pronunciation of chá. The chai pronunciation was introduced to India by the Mughals (who used Persian as the official language of their court) and entered English via Hindi-Urdu.

In India, Masala Chai dates back more than 5,000 years, when a king in what is now India ordered a healing spiced beverage be created for use in Ayurveda, a traditional medicinal practice in which herbs and spices are used for healing. The heat from ginger and black pepper was believed to stimulate digestion; the antiseptic properties in cloves were thought to help relieve pain; cardamom was used as a mood elevator; cinnamon supported circulation and respiratory function; and star anise was known to freshen the breath.

If you feel like having a go at making your own Chai Masala, then look no further than this recipe...

Of course, we have tried to make this as simple as possible, so you can also buy a Rafi's Chai Masala Pack , which is perfect for keeping out the Autumnal chill.

So, who’s putting the kettle on?!