Posted on Thursday, 23rd January 2020 by Dana in Top Tips 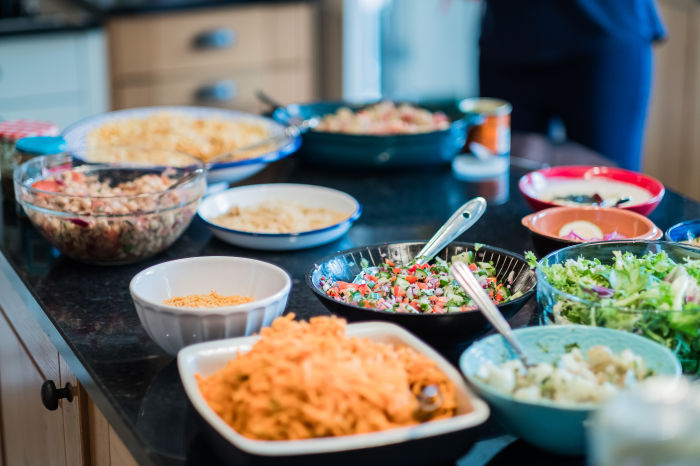 We know that many of our customers have been taking part in Veganuary, and we are pleased that our Curry Packs make that so easy - not to mention delicious! It is estimated that 250,000 people tried veganism this January, although how many made it through to the end is not known (there isn’t a “whoops, I ate a hamburger” button on the website)!

For many people (even those who slipped up with a late-night hamburger), Veganuary is the chance to try vegan cooking, be that for health or environmental reasons, a large number decide to carry on throughout the year, if not with full blown veganism, then with vegetarianism. For others, such as humble blog writers such as myself, committing to one full day of vegetarianism a week is a reasonable goal.

Started by Paul, Mary and Stella McCartney in 2009, Meat Free Monday is a not-for-profit campaign which aims to raise awareness of the detrimental environmental impact of animal agriculture and industrial fishing. The campaign encourages people to help slow climate change, conserve precious natural resources and improve their health by having at least one plant-based day each week.

So, throughout the rest of the year, this blog will regularly be helping to inspire meat-free cooking, the Rafi’s way!

We've already covered how to use lentils in place of minced meat when making a Kheema Madras, but this week let's just break down five curries that traditionally use meat, but are just as good with vegetables!

A luxurious almond-based dish that famously uses chicken, but why not use Purple sprouting broccoli or roast cauliflower with baby onions and a sprinkle of toasted almond flakes?

It doesn't have to be a chicken Tikka! This dish has become a staple in UK curry houses, can be made to suit the most delicate of palates. Use roasted mix peppers and cubes of tofu, pre-fried so the edges are browned and slightly crisp.

The only one of our Thai Packs to be vegan is perfect with rich sweet potato, earthy mushrooms and kale to create a dish with enormous flavour. The sunflower seed garnish adds important texture to the finished dish.

From the sunny shores of Goa, this coconut based dish is zesty and fresh. Try roasting some carrot, peppers and courgette before adding them to the sauce.