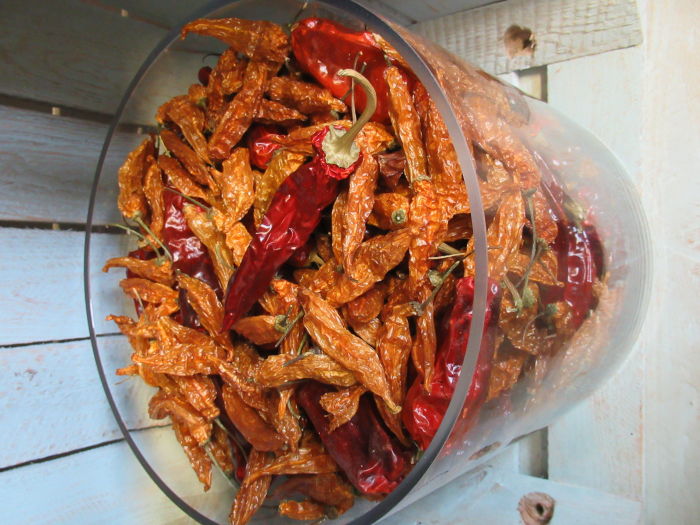 In 1492, Christopher Columbus left Palos de la Frontera to “buscar el levante por el poniente” (seek the East by way of the West) and is now held responsible for bringing the continent that we now call America to the attention of Europeans, along with dozens of fruits and vegetables - one of which was the chilli plant.

It was Columbus, in his infinite wisdom, who gave the plant the name of the Indian Pepper because, to his Spanish palate, the spicy flavour was reminiscent of the seeds of the pepper plant. However the pepper and chilli plants have two totally different geneses. A pepper is a member of the genus “Piper” while chillies are members of the genus “Capsicum.” The berries in plants of the Piper genus contain piperine, a chemical associated with a biting sensation.

At Rafi's Spicebox we love chillies and we aren't afraid of a bit of heat, particularly as we know that chillies are packed with vitamin C, antitoxins and have even been credited with helping to heal damaged stomach linings. One of our favourite suppliers is The South Devon Chilli Farm who boast that they make everything "chilli, from Seed to Sauce! not forgetting our chilli chocolates, of course!"

They also do an amazing range of dried chillies, all grown on their 10 acre chilli farm. The Ancho Poblano is a very popular, mild Mexican chilli. The fruits are dried once fully red. This chilli is widely used in Mexican cooking to make mild and fruity flavoured sauces (mole), along with the Pasilla chilli - whose distinct appearance is responsible for it's name, pasilla means "little raisin".

If you want a chilli that adds colour to your cooking, try the Guajillo chilli; this mild/medium heat chilli is ideal for adding bright-red colour and heat to sauces, soups, stews and salsa. Soak in hot water for 30 minutes, puree and force through a sieve to make a paste to add to pasta sauce, pizza topping or your favourite Mexican dish!

This blog writer has certain weaknesses, and one of these is the sultry Chipotle Chilli (if loving her is wrong, then I don't want to be right...). Chipotles are made from dried, smoked jalapeno chillies, grown right on the farm. They have a mild-medium heat and exude a deep, earthy, and smoky flavour. This chilli is an ideal addition to soups, stews and Mexican dishes like chilli con carne, and are at their best when slow-cooked within a dish.

For an Indian chilli, with a mild flavour, but the same vibrant colour, look no further than theKashmiri chilli, which has a unique fragrance and a slight sweetness. We use Kashmiri chilli paste in our Kashmiri and Ma's Paretal curry packs, which is what gives them their intense red colour, as well as their wonderful flavour. If you want powdered Kashmiri Chilli then we also sell Kashmiri Mirch, from the world famous MDH range.

Although humans have created hotter chillies, Mother Nature tasted the Bhut Joplokia and said, "whoa! that's amazing! I think that I will stop right there..." Also known as the Naga or Ghost chilli, itis (in)famous for its extreme heat, and rightly so, as it measures over 1 million units on the Scoville heat scale! It has a unique flavour though, which is definitely worth a try if you can stand its explosive spiciness. Naga chillies can be dropped whole into a dish or, for a more even heat distribution, re-hydrate one by soaking it in water and pureeing it before adding to your meal. They can also be made into a fiery pickle; in fact, they feature in one of our most popular hot condiments: Mr Vikki’s King Naga.

Ever wanted to grow your very own chilli plant? Well now you can! Just add water and sunshine and watch it produce splendid fresh chillies, nourished with South Devon Chilli Farm's own plant food mixture.

What's your favourite chilli? Tell us on social media!