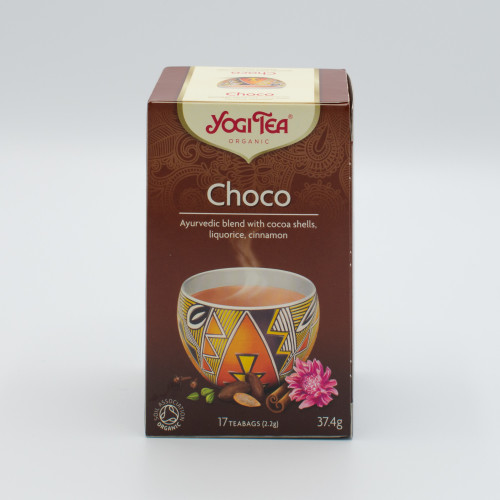 This warming blend of traditional chai spices, cocoa shells, warming cinnamon and sweet liquorice produces a satisfying spicy, chocolatey aroma and flavour. Best served with a dash of milk and sweetened with sugar.

Yogi Tea has been producing delicate and healthy spiced teas for 40 years. Their recipes are based on the principles of 3000 year-old Indian Ayurvedic teachings that promoted individual well-being and balance between mind, body and soul.

Product may vary from image shown.