What is Deggi Mirch? 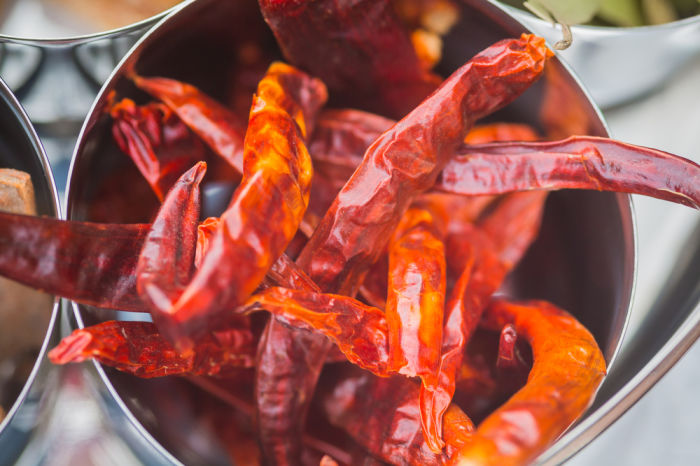 Deggi mirch, a distinctive Indian spice made from a blend of colourful red capsicums and Kashmiri red chillies, adds a mild heat and a deep red-orange colour to soups, tandoori chicken and other traditional dishes. In the north of India, it is liberally added to chicken and vegetable curries and dhals as well as naan and paratha breads. While in the Southern states, it is often used in kebabs, adding colour and flavour to rice, dhals - particularly sambhars - soups and stews. It is often combined with garam masala to flavor thick soups and biryanis.

How Hot is it?

Deggi mirch is full-flavoured but relatively mild in heat. It is slightly hotter than paprika but is used more to add colour and taste than heat to dishes. Paprika measures about 500 Scoville units, while deggi mirch is around 1,500 to 2,000 Scoville heat units. When dry, deggi mirch can taste similar to paprika, but when it is fried in oil, the spice comes into its own to give more heat and adds a different flavor to the dish.

Because of the similarity of flavour, you can substitute paprika for deggi mirch in a pinch, but we would suggest using smoked 'La Vera' pimeton picante paprika (that's hot, smoked, paprika to you and me), as normal paprika lacks the intense levels of flavour offered by deggi mirch!